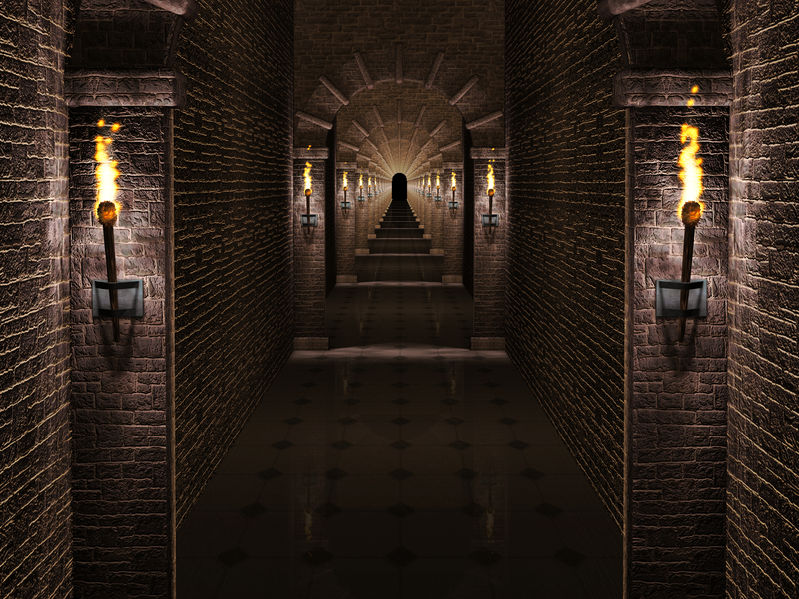 P.M. Terrell, is an internationally acclaimed, award-winning author of more than 21 suspense, historical and non-fiction books. Founder of Book ‘Em North Carolina and The Novel Business .

Welcome to the Story Cave, Patricia, I am delighted to have you here for a chat by the fire.

I really loved A Thin Slice of Heaven. It had history, romance, reincarnation, the afterlife, a fabulously creepy castle and lots of wisdom thrown in along the way. 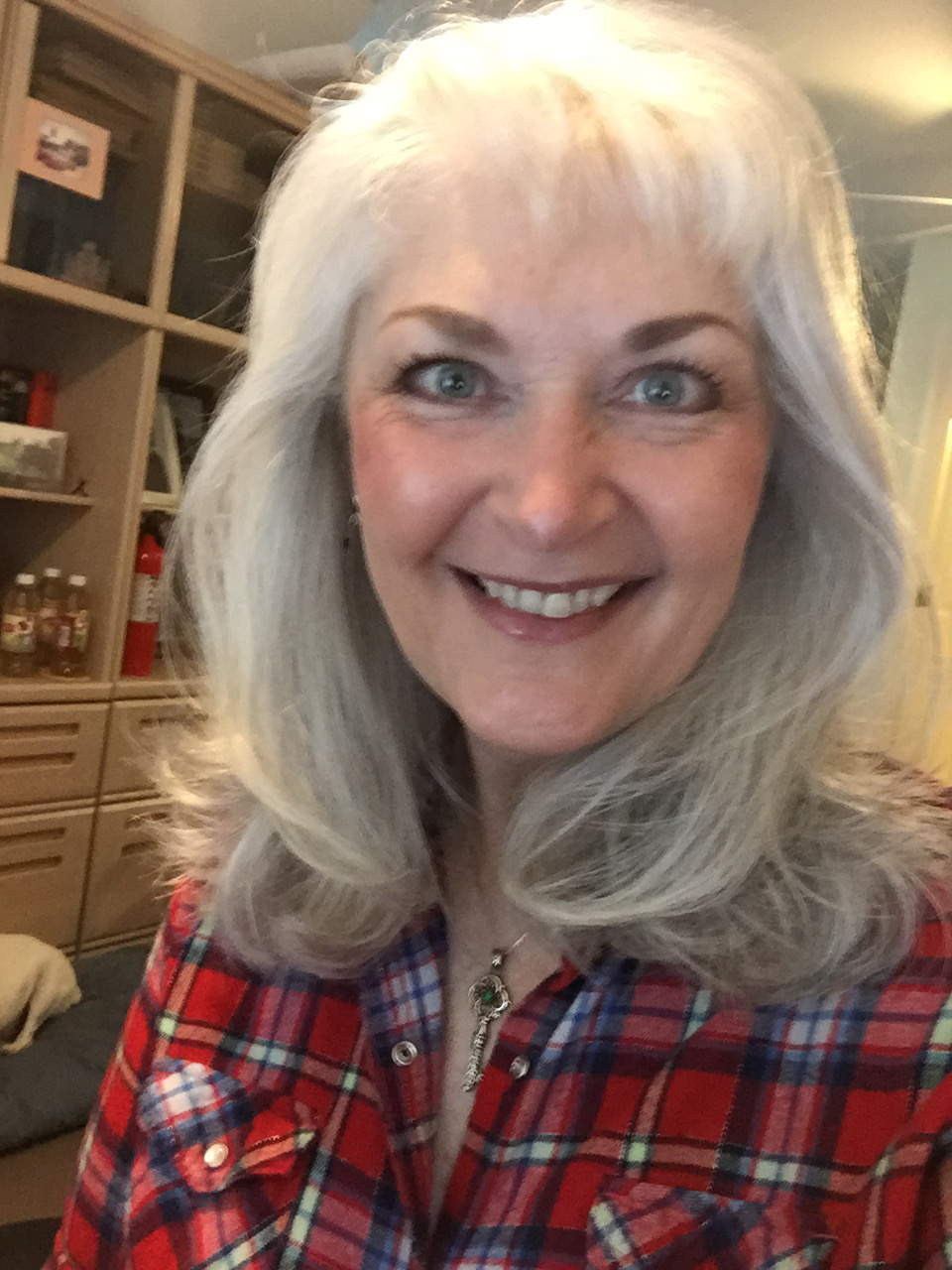 The castle in A Thin Slice of Heaven is incredibly atmospheric. As someone who picks up the energy of buildings, it really ‘felt’ like a real creepy castle. Is it based on a real place? And if so, how much did the place inspire your story?

Thank you for having me here today, Martha! I am a huge fan of your work. While researching my ancestry, I made several trips to my ancestral home at Glencull, County Tyrone, Northern Ireland. The area inspired the village in A Thin Slice of Heaven as well as the castle. The potato famine was inspired by a visit to the Ulster American Folk Park and Museum at Omagh, County Tyrone. Whenever I visit Ireland, I feel the energy and history there almost as if I am being transported into the past. It is truly a magical and mystical country. 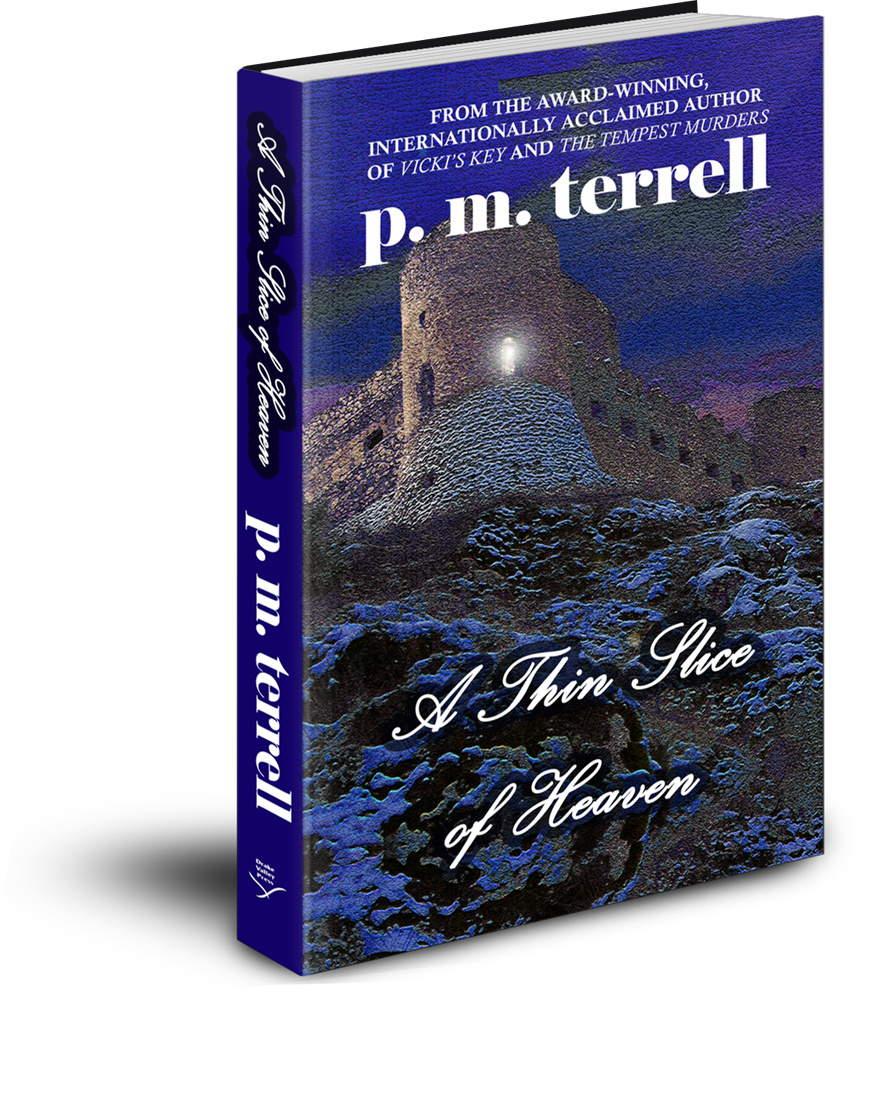 The historical story behind Thin Slice of Heaven is heart-breaking, and I love the way you illustrate the way past life events can impact on a current life. What was the main thing you wanted to communicate through this?

I believe in reincarnation and I believe strongly that what we do in the present lifetime, both positive and negative, sets the stage for our next lifetime.

I also believe that reality is shaped by our perceptions and we often can be our own harshest critics. The story has multiple levels, just as life does, conveying a love that transcends the centuries as well as how our decisions can impact others, even if we believe at the time that the decision was minor or even justified.

Sean is a fabulous hero. How did you find your inspiration for him?

I have undergone past life hypnosis several times, which is truly fascinating, and Sean is based on the memory of someone I knew well in several past lives. I’m glad you found him to be a fabulous hero in the story because he certainly was in real life—and continues to be in his present incarnation. 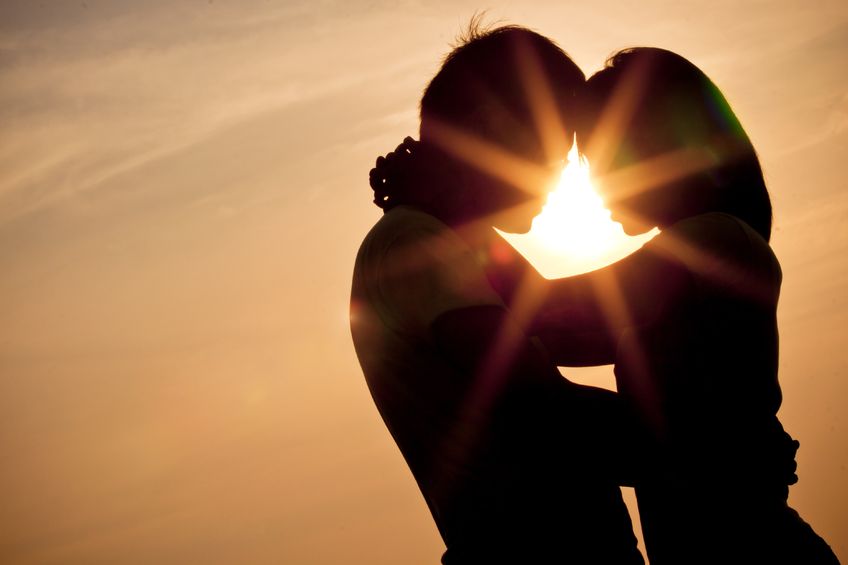 Have you ever experienced a spirit yourself? And if so, how did it make you feel?

Yes, I have experienced spirits a multitude of times—too many to count. My first experience was when my mother was reading to my older sister, two brothers and myself in bed. We all looked down at the foot of the bed to find a man standing there; he appeared as solid as a living being. Though I was only about five years old, I remember thinking my father was going to be upset that the man was there. My mother began calling out to my father, who was in the next room. When my father crossed the threshold, the man disappeared. A few days later, my mother learned that a man she had dated for nine years and whom everyone expected her to marry, had passed away, haemorrhaging alone at home. The coroner placed the time of death at the same time we saw the man at the foot of my mother’s bed. My mother’s past boyfriend had never married and those that knew him said he remained in love with my mother until the very end.

I’ve since experienced spirits that have caused me to feel a variety of emotions; some have evoked fear while others sadness and still others have instilled love and compassion. Sometimes I hear their words as if they are speaking, but usually I feel their emotions along with telepathic pictures.

Charleigh’s trip down to the dungeon really set my heart racing. Sean talks in the book about how the souls in the dungeon have trapped themselves down there, through their own belief. How far does Sean’s description of life after death match up to your own beliefs on the subject, and where would you like to find yourself when you die?

I believe that our own emotions can trap us in life as well as death, and I believe that many of the hauntings experienced on earth are souls caught between their prior lives and the future that awaits them. I believe each of us must work through our own emotions and those feelings and beliefs that hold us back, and when we are unable to do so during the current life, the lessons remain between lives and into the next incarnation.

I know exactly where I would like to find myself when I die; it is the site of a past life, the happiest and most contented life I have recalled to date—in Ireland, of course. The title of the book, A Thin Slice of Heaven, comes from a scene that was recalled under hypnosis in which I told my husband (of the 18th century) that when I died, I wanted to find myself in our cottage because our home was my thin slice of heaven. Sean, the hero in the book, repeats this sentiment about the Irish castle that he haunts. 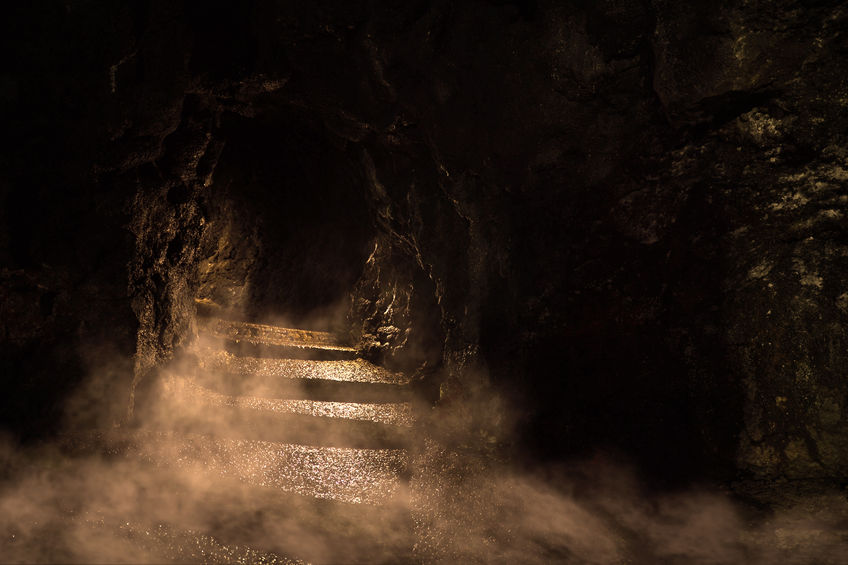 The image of Charleigh and her loveless life is sad, but through the book you put a different meaning on her existence that shows her success. How important is this to the message of the book?

I believe it is very important because it works from the premise that everything that occurs in one lifetime is not wrapped up neatly upon our deaths, but that life continues on even when our bodies do not. I believe that some people are able to work through the issues as Charleigh did in the book, while others seem to be in an endless trap of their own making, unable to transcend those things that hold them back.

I play Irish music, and I experience Ireland as a place that gets into your heart and soul. I know you write about Ireland a lot. What drew you in?

I have had memories of Ireland since I was a little girl (though I was in my 50s the first time I travelled there) and it wasn’t until I began researching my family’s European ancestry that everything began to come together for me. While I believe in reincarnation, scientists are discovering that each of us holds enough DNA from our ancestors that we are capable of recalling their memories. I first experienced this phenomenon while writing about my ancestor Mary Neely in River Passage and Songbirds are Free, but once I began writing about Ireland, there has been no going back. I feel a pull to the country and to its history, which has led to a number of books, including Dylan’s Song, The Tempest Murders, The White Devil of Dublin and to an historical book about my ancestor, William Neely, in Checkmate: Clans and Castles about the Plantation Era in Ulster. I wanted to immigrate there but discovered admittance to be an uphill battle.

How close to history is A Thin Slice of Heaven, and how much historical research do you do for your novels?

It has been said that history is written by the victors, but the facts surrounding the potato famines have continued to be passed down through the native Irish population. It is astounding to me those leaders such as King James I considered other native peoples so inferior to the English that genocide was practiced to rid Ulster of the people to whom the country truly belonged. It is, sadly, a theme that has continued throughout history and on every continent. In Checkmate: Clans and Castles one of my characters states that everyone, it seems, needs someone they can blame for their own misfortunes and someone they can point at to say they have it worse than ourselves.

I begin my research on the Internet; there is so much misinformation there that I stick with museums, historical societies, universities and government archives. Once I have a set of facts before me, I then reach out to historians and scholars for verification and specific questions. I will often take to the road—or the skies—to meet with individuals with the knowledge I need as well as visit the places in person. The site of the castle in A Thin Slice of Heaven is roughly the location of my ancestral lands in Glencull.

Another aspect of A Thin Slice of Heaven came from a hospice in which a dear friend lay dying. In the weeks before she passed, she began to see friends and family members that had passed away, insisting they were standing in the room with us. The hospice staff told me this is quite common as the individual begins moving from the current life into the afterlife.

Thank you very much for your interview. It is marvellous connecting with a kindred spirit!

You can find Patrica at the following links:

Images from www.123rf.com, unless otherwise stated.